Nicole was born in Omaha, Nebraska and is an avid Cornhusker fan.  Nicole’s family moved to Venice, Florida when she was young to enjoy year-round sunshine.

Nicole began her 20+ year career in the financial industry as a Customer Service Representative while she was in college at the University of Central Florida, Orlando, where she studied for her Finance degree.  After graduation First Union National Bank sponsored Nicole to participate in the Commercial Associates Program, which selects only 30 future leaders annually from across the country.

In 1999 Nicole relocated to Charlotte as a member of First Union’s Commercial Underwriting Department, and later became a member of the Wachovia National Bank, (formally First Union), Human Resource team as a Learning Generalist. Nicole found a passion in training and coaching Private Bankers and Business Bankers in sales and underwriting skills.  After the Wachovia/Wells Fargo Bank merger in 2005, Nicole initiated the Commercial Lending Sales Team for Wells Fargo Advisors and was responsible for training and coaching a team of commercial lending specialists with access to the Wells Fargo Advisors network nationwide.

In November 2010 Nicole and her husband, Doug, had their first child, Emma, and Nicole decided to leave Wells Fargo to stay home with their daughter.  It was through planning since 2004 with Debbie Peterson that Nicole and Doug had the knowledge and confidence to make this decision.

In 2012, as planned, Nicole joined the Money Counts team and designed process improvement strategies and implemented a new Client Relationship Management system.  Oriana, Nicole’s second daughter, was born in June 2013.  Money Counts allowed Nicole the flexibility to work and stay at home with her children. Nicole enjoys volunteering at her children’s school and has served as the PTA President.  She enjoys being active and is part of the “BurnNation” at Burn Boot Camp Fort Mill.

Nicole earned her Series 7 and Series 66 licenses* in 2015 and began working with Money Counts clients to pursue their financial goals.  Nicole credits Debbie for her willingness to empower others with information to make both short and long-term life decisions, which not only allowed Nicole to take time for her family, but also achieve her own professional goals. 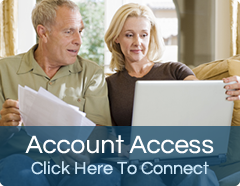